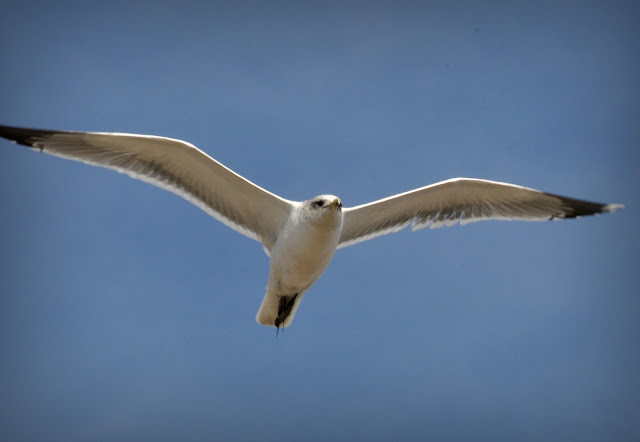 The California Seagull was selected as the Utah State Bird by an act of the legislature in 1955.
The gull is considered the State Bird of Utah by common consent, probably in commemoration of the fact that these gulls saved the people of the State by eating up the Rocky mountain crickets which were destroying the crops in 1848.

Orson F. Whitney says that in the midst of the devastation of the crickets, "when it seemed that nothing could stay the devastation, great flocks of gulls appeared, filling the air with their white wings and plaintive cries, and settled down upon the half-ruined fields. All day long they gorged themselves, and when full, disgorged and feasted again, the white gulls upon the black crickets, list hosts of heaven and hell contending, until the pests were vanquished and the people were saved." After devouring the crickets, the gulls returned "to the lake islands whence they came." (Information above was taken from this link.)
Labels: bird